Participants will be treated to a swim course in the calm waters of Alum Creek Lake. From there, they will cycle on a flat to sometimes rolling bike course through eastern Delaware County, Sunbury, and a tour of Licking County before finally arriving in downtown New Albany, where transition No. 2 is located.  Challenge New Albany is capped off by the half marathon run that starts in New Albany’s Market Square and meanders along a picturesque course through residential neighborhoods of stately Georgian homes surrounded by meadows, woodlands and waterways. Nearly all the run course will be on New Albany’s leisure trail with spectacular views. 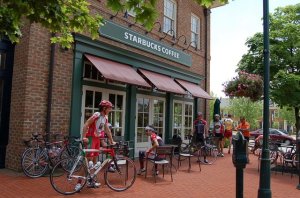 New Albany’s preserved wooded areas and scenic vistas, timeless Georgian architecture, abundant parkland, world-class golf and trademark white horse fences create an atmosphere of beauty and country club panache. But a closer inspection of New Albany reveals a community with a strong commitment to education, the arts, the environment, health and wellness, and technology. These community pillars work together to create a truly inspiring standard of living.

New Albany, Ohio, is a small city that thinks big and delivers. Just ten minutes from Port Columbus International Airport, and within 500 miles of half the United States and Canadian populations, New Albany is an inspiring mix of attentiveness, location and amenities.

Challenge New Albany is a result of a strategic partnership with the Midest’s premier triathlon promoter, Shannon Kurek from HFP Racing, along with the host partner of the event, Healthy New Albany.

“Healthy New Albany is pleased and honored to be selected as the host partner for the 2014 Challenge – New Albany.  As New Albany is taking steps toward becoming a national model for how a city develops and promotes a culture of health, the Challenge will serve as one example of a community event that emphasizes the impact of physical activity and sport on well-being.”, said Dr. Philip Heit, Founder Healthy New Albany

“We are extremely proud to partner with New Albany to bring another Challenge Family race to North American athletes, further building on our presence in the USA with a new long distance triathlon experience,” said Challenge Family CEO, Felix Walchshöfer. “With its commitment to quality and a healthy and active lifestyle the community of New Albany echoes Challenge Family’s values perfectly. The course is stunning and the triathlon festival nature of the event ensures total inclusiveness for everyone, from juniors, to those just starting out to accomplished athletes. I’m sure it will attract athletes and their families from far and wide, including some of the biggest names in the sport.”

General entries of the inaugural Challenge New Albany on July 26-27, 2014 will open at 7pm EST on Thursday, February 13 atwww.Challenge-NewAlbany.com. Additional event information can be found at Twitter: @challengenatri and Facebook:www.Facebook.com/ChallengeNewAlbany

The Challenge Family series of triathlons now features 25 full and half distance races around the world, including the world’s largest long distance triathlon – Challenge Roth in Germany. The birthplace of the Challenge Family, Challenge Roth now features over 5,500 athletes and 220,000 spectators and home to both world records held by Andreas Raelert (GER) and Chrissie Wellington (GBR). Since 2002, races throughout Europe, UK, Australasia, Asia and North America have joined Roth. Together they provide athletes with a new experience of long distance racing with a strong focus on athlete and spectator experience, giving back to the community while respecting the legacy of sport and being committed to its continued growth. For further information on Challenge Family visit www.challenge-family.com.