We’ve been teasing you about a major announcement coming for the last couple of months. We’re excited to announce that on Thursday, February 13th during the Endurance Sports Expo at the The Athletic Club of Columbus at 7:00pm will be the official announcement. Come join us as we reveal all the exciting details of this July 26-27 event and get a chance to win some great prizes and a FREE race entry. The Endurance Sports Expo opens at 6:15pm and goes until 8:00pm. Those that join us at the expo or follow us live on Facebook during the announcement will receive a special code for 25% off when registering on February 13th or 14th before general registration opens on February 15th. 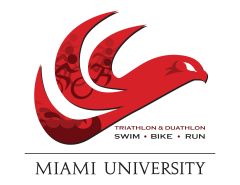 Join us on April 12, 2014 at 7:00am for our 9th annual Triathlon (and now duathlon) on the campus of Miami University in Oxford, Ohio. The race features a distance short enough for that early-season race. Take on the course alone or team up with friends as a 3-person team. A sprint triathlon is perfect for your first triathlon or just another notch on your fuel belt. [GET REGISTERED]

There is NO RACE DAY REGISTRATION — packet pickup ONLY!
[GET REGISTERED]

33rd OU HCOM Medicine Run 5K presented by Diagnostic Hybrids: A traditional 5K run that will start adjacent to the triathlon transition area in Parking Lot #134. This course winds through scenic Emeriti Park and the Ohio University campus before intersecting with the Hocking Adena Bikeway. Competitors will enjoy views of the Hocking River and Ohio University Golf Course before finishing at TailGreat Park across from the Ohio University Convocation Center.  [GET REGISTERED]

ROCKY Military Mud Run powered by OU ROTC: A 4.5 mile non-traditional run also starts adjacent to the triathlon transition area in Parking Lot #134. Runners will cross the Hocking River over the Richland Avenue Bridge, pass through the Richland Avenue Park, and travel down Diary Barn Lane before heading up to the ROTC Challenge course in the Ridges. Competitors will encounter obstacles throughout the course before heading down to a slip-n-slide finish line at TailGreat Park.  [GET REGISTERED]

Athletes in Action Triathlon & Duathlon: A short sprint format (Triathlon: 500 meter Swim, 25k Bike, 5k Run: Duathlon 5k-Run, 25k-Bike, 5k-Run) that begins at the Ohio University Aquatic Center for the triathlon and in the transition area for the Duathlon. The bike route takes competitors out of town on a challenging course before returning to campus to complete a 5k run with a finish at TailGreat Park. Participants can choose to race alone, or team up with friends, family, or co-workers and enter as a three-person relay.  [GET REGISTERED]