Cambridge, OH – Matti-Lynn Chrisman, originally from Cambridge, Ohio and the current reigning Miss Ohio will be on site on Sunday, June 2 to sing the National Anthem at the American Triple-T before the participants take on the challenging final event. 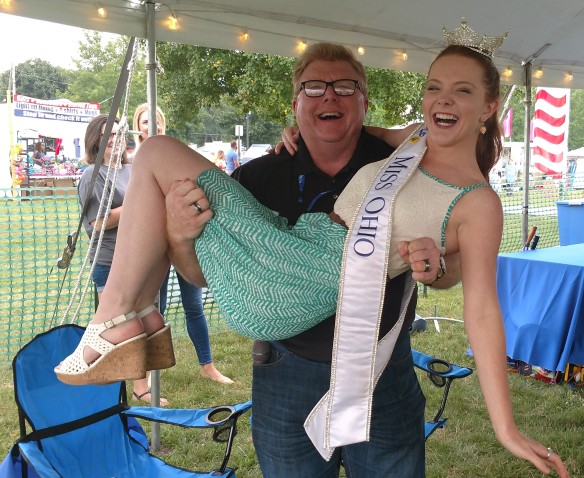 About the American Triple-T
The American Triple-T in Ohio has an almost cult like following that continues to attract athletes from more than 40 states and 5 countries each year. The Salt Fork State Park event is scheduled for the first weekend of June.

The American Triple-T is played out in the Ohio’s largest state park in southeastern, Ohio, just a little over 1 hour by car from the Columbus, 2 hours from Cleveland and Pittsburgh and just 6 hours from Chicago.

The Salt Fork State Park is in Cambridge, Ohio in the rugged, unglaciated hill region of southeastern Ohio region and is known for its vast forest wilderness, containing a blend of rich woodlands and rolling meadows. Participants will be treated to a spectacular venue with panoramic views of Salt Fork State Park, conveniently located within steps of the Lakeside Cabins and the Salt Fork Lodge providing participants a private retreat between the demanding races.